On February 15, 2020, at a meeting of elders of the Unification Movement, Elder Yong-Hyun Moon expressed his feelings of misery by exposing shocking facts, including what he heard directly from Father and from Mother. 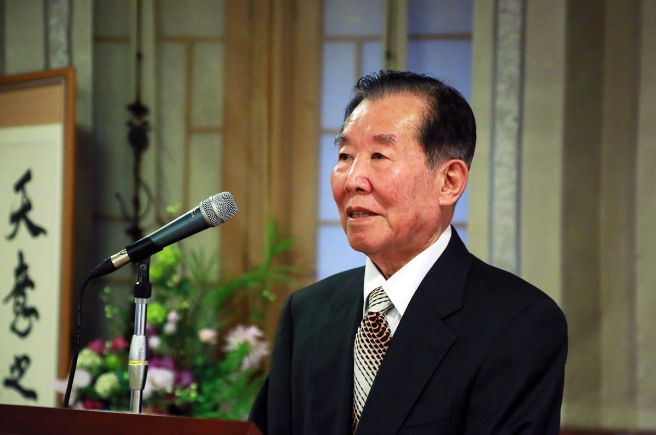 Elder Moon is True Father’s younger cousin and a living witness of the history of the Unification Movement. He attended Father from the age of 19. True Father spent long periods of time in Yeosu before his Seonghwa ascension. He often called Elder Moon to be with him in Yeosu, and due to this, Elder Moon directly heard from Father about his personal circumstances during his final years.

Elder Moon was always convinced that Hyun Jin Nim should be the one to continue the work of his father. Unfortunately, Elder Moon passed away on June 24, 2020, at the age of 89, about four months after this tape-recording was made. This is the final testimony left by Elder Moon in his own voice.

Below is a rough translation of the transcript of Elder Moon’s final testimony which was given in Korean.

The content in quotes below capture a dialogue that took place during a private conversation Elder Yong-Hyun Moon had with Ms. Hak Ja Han.

Hak Ja Han: “Elder Moon, Elder Moon. You who have been loved the most by the Unification Church. How are you doing these days?

Elder Moon: “Yes, the Lord of the Second Advent…” (Elder Yong-Hyun Moon was cut off as soon as he tried to give an answer)

This is what she was saying! I didn’t say anything. I kept silent, but she continued to speak.

Hak Ja Han: “Shouldn’t this be enough, if we have treated Choongmo Nim* this well? How is she the “Loyal Mother”? She is just an elderly woman from the countryside, and she doesn’t know anything. I have offered such a good offering table for her memorial service, so isn’t that good enough?”

* In Korean tradition, families hold memorial services every year for parents who have passed away and offering tables are made at that time. The comments from Ms. Hak Ja Han were in regards to memorial services for Father’s Mother Kyung Gye Kim. Father gave his mother the honorary title “Choong Mo” which is translated as “Loyal Mother.”

Mother said such things and continued to criticize Choong Mo Nim. She kept going. I had to bite my tongue and restrain myself from speaking. And then I responded,

“Mother, please now let me speak. I don’t see it that way. Do you know how much Choong Mo Nim’s heart suffered because of Father?” She is busy with so many things and at night suddenly just got up and left. [Original recording is difficult to decipher]

This was not all she said. There are things that I cannot repeat…. When I heard her say such things, my heart left Mother.

Honestly, when the Holy Wedding ceremony took place between Father and Mother, I thought, “At that young age, with someone so old…” I shed so many tears while attending them in Alaska. I cried for Mother. Seeing all that Father did, how hard it must have been for her to try to follow him? How difficult it must have been.

I shed so many tears for Mother when I thought about this … I’m actually a person full of tears, at times I would wail and cry. But from the time I heard those words from her, Mother left my heart. I really did not expect her to say something like that…

So, Mother has left Father.